Stave Mill Farm is dedicated to enabling the
dressage sport-horse and rider to achieve their best. 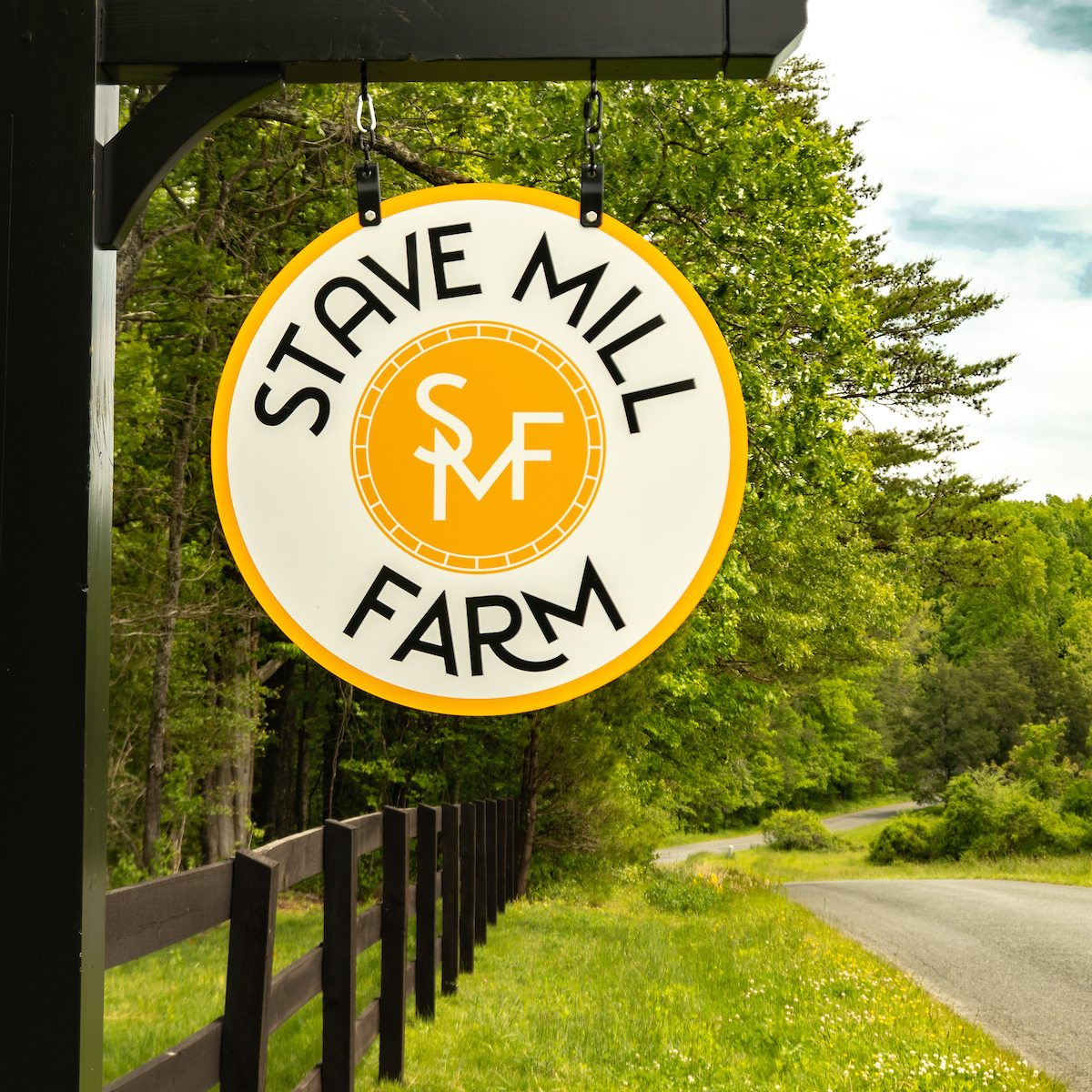 Stave Mill Farm is a boutique, best-in-class dressage training and boarding facility, with a meticulous focus on the unique needs of each horse and rider team. Set in Southern Albemarle County, a region rich with equestrian history, the 12-stall facility offers tailored attention for the competitive dressage horse. … 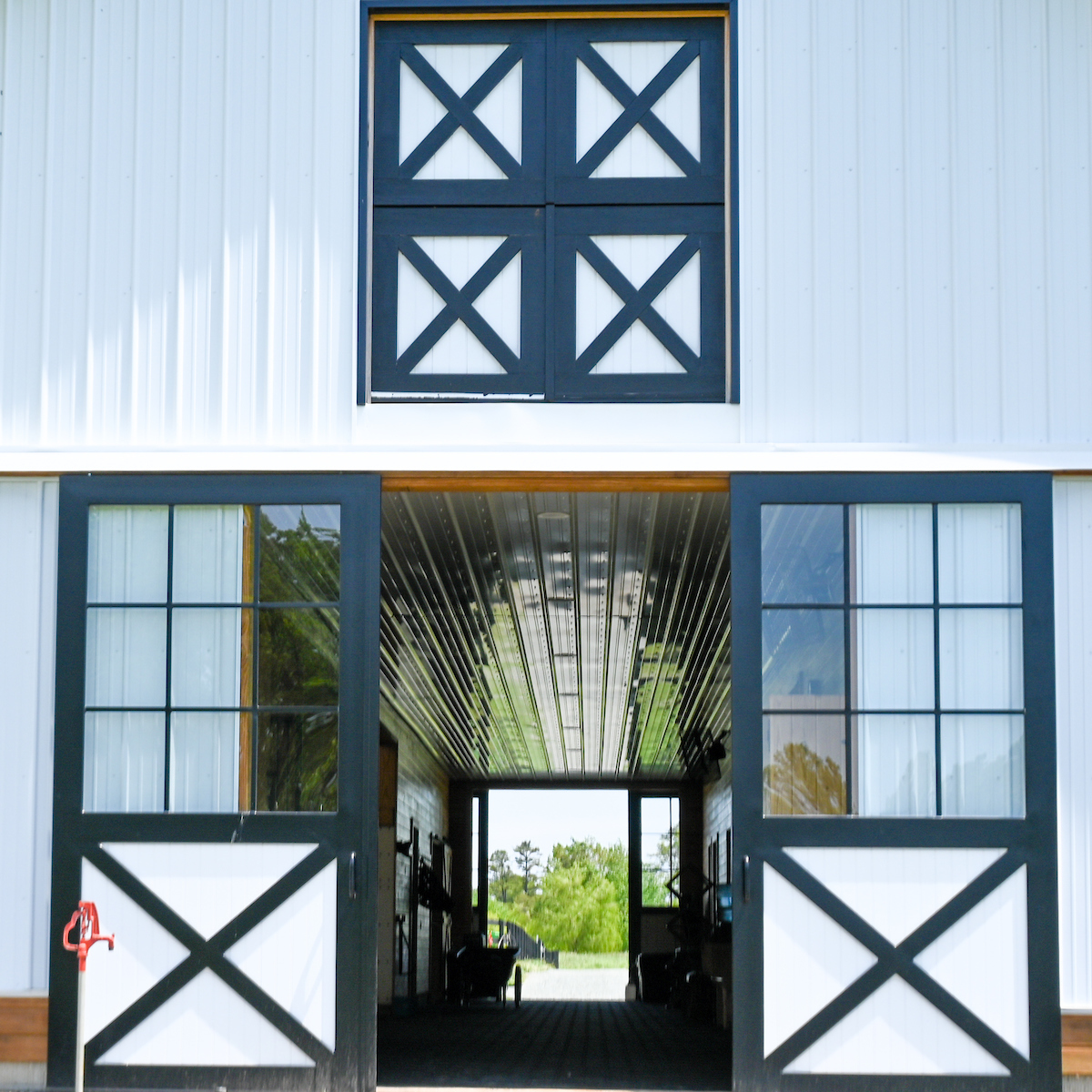 In its earlier history, Stave Mill Farm was a part of a distinguished racehorse stud named Nydrie Farm, owned by the Van Clief family. Nydrie Farm is part of American horse racing history, as the co-breeder of the 1947 Kentucky Derby winner, “Jet Pilot.” 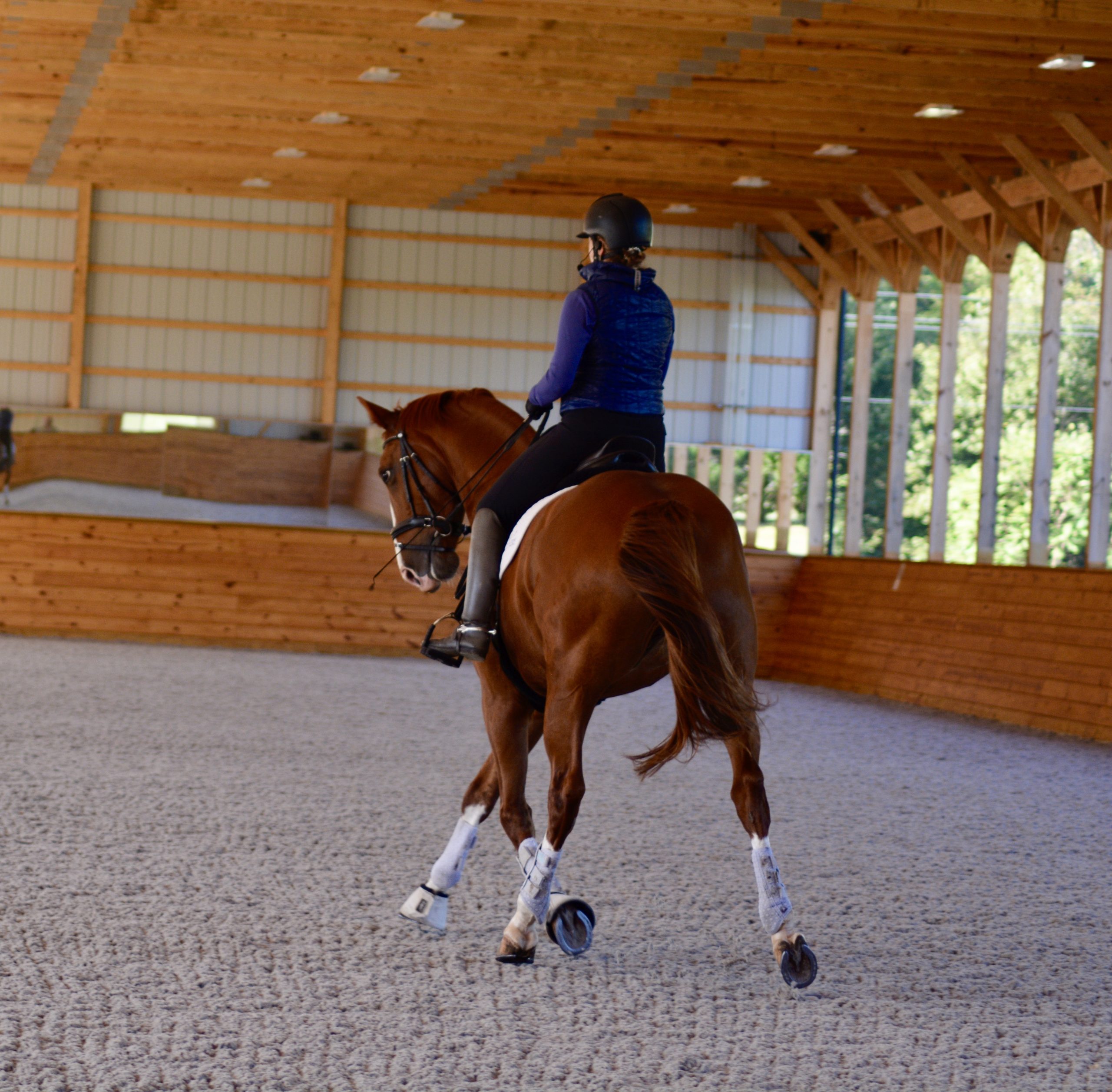 Having George Williams choose Stave Mill Farm as his base from June to November is a major asset—we are fortunate indeed. Clients can book dressage lessons on their own horses at our facility, and George welcomes trailer-ins, short stay, and a limited number of full-care and training horses to Stave Mill Farm. 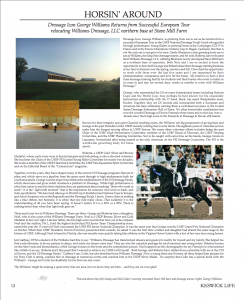 Dressage Icon, George Williams, is grinning from ear to ear as he returns from a successful European Tour as the USEF National Dressage Youth Coach who guiding his high performance Young Riders to personal bests at the Compeigne CDI 3* in France and at the Future Champions Nations Cup in Hagen, Germany. But that is not the only ear to ear grin to be seen. Gardy Bloemers is also grinning from ear to ear as Williams, her long time dressage trainer, and his wife, Roberta, are quietly planning on relocating their Williams Dressage, LLC, utilizing Bloemers newly developed Stave Mill Farm as a northern base of operation. Gardy quote here; “……”

George, who represented the US on many International teams including Nations Cups and the World Cup, may perhaps be best known for his exquisitely harmonious relationship with the 17 hand, black, lop eared Westphalian mare, Rocher. Together, they set US records and commanded both a European and American fan base ultimately earning them a well-deserved place in the United States Dressage Federation Hall of Fame. No other horse/rider combination has won the coveted Dressage at Devon Freestyle three times and to this day over a decade later, their high score in the Freestyle at Dressage at Devon still stands.

Known for their integrity and quiet Classical teaching styles, the Williams’ are loathed to toot their own horns. The Williams’ are big proponent of giving back and George is the past President of the USDF recently retiring due to term limits. His eighteen years of volunteer service makes him the longest serving officer in USDF history. His many other volunteer efforts include being the Chair of the USEF High Performance Committee, member of the USEF Board of Directors, member of the USEF Hearing Committee, and the USEF Planning Committee. Not to be caught with extra time on his hands, George travels to Lausanne, Switzerland after being named as the only American on the FEI Dressage Committee. The FEI is the world wide governing body for horse sports.

Together, over the years, they have shaped many of the current US Dressage programs that are in place and which serve as a pipeline from the grass roots through to high performance both for youth and adults. George was the major force behind the establishment of the US Dressage Finals, which showcases and gives Adult Amateurs a platform in Dressage.

While high performance is what first comes to mind in their students; they are passionate about teaching “those who want to learn”. It is the “light bulb moment” that is the inspiration for someone who loves to teach, and train says Roberta. “There is nothing better than when your student reaches their goal”. “We have had riders go to World Cup in Frankfurt and Nations Cups in Europe, and Adult Amateurs win at the Regionals and the Dressage Finals. I know, I know, there is nothing like a blue ribbon, but honestly, it is when that one ride really clicks. That suddenly is the understanding of all you have been saying and then the light bulb goes on. It doesn’t matter if it is a 49% or a 99%. There is nothing better than when that light bulb goes on.”

Jeni Gaffney, DVM a student of the Williams had this to say: “Williams Dressage has transformed dreams and goals into reality for myself and my family.

They are also the complete package for adult amateur and young riders.

Roberta and I discussed that I wanted to achieve my USDF Gold medal, and to ride at Devon in the CDI. She helped me find a schoolmaster, to be my partner in dance, and made my dream come true!

Both George, and Roberta have ridden down centerline with me at Devon, and the dressage finals.

My son Colin, who is a young event rider, has a special bond with the William’s, George even allowed Colin to borrow his shad belly at his first one-star event!

Colin now competes at the three-star level, and has earned his dressage scores to earn his USDF silver medal!”

There aren’t just two in Williams Dressage. There are three. George and Roberta have a daughter, Noel, who is also a part of the Williams Dressage Team. Noel is a USDF Bronze, Silver and Gold Medalist in her own right. Like her father, she has high score records that have yet to be eclipsed. Noel and the stallion, Pik L, hold the highest Individual FEI Junior Team Championship score, earned the year the 17-year-old Noel was named the USEF FEI Junior National Champion. It was the same year that George was the USEF Grand Prix National Champion on Rocher. When then USEF President, David O’Connor presented their awards, he stated it was the first time a father and daughter had shared the same stage in the history of USEF. Although Noel is based in Florida, she was recently seen quietly taking blue ribbons at the Virginia Horse Center with a few of her very nice young horses.

The Williams’ might be making a quiet entry into our area, but we know they are coming… and boy, are we ever glad they are!